In 1933, about half a million people in Germany considered themselves to be Jewish, comprising less than one percent of the population. Contrary to the common stereotype, they did not form a homogeneous group.

The Jewish population of Germany in 1933

The majority of people who identified as Jewish in Germany populated the large cities. Roughly 60 % worked in trade or commerce, 20 % in industry. A growing number, around 12 %  in 1933, became civil servants, doctors or lawyers after legal equality had been achieved in the 19th Century.

Swinemünde was the holiday retreat of Emperor Wilhelm II. It became a fashionable meeting point of the respectable German middle class. Here you can see the Herrmann Family – Jewish textile merchants from Königsberg – right in the middle of the picture. They are walking confidently towards the camera. What does this photograph say about the family’s aspirations in life and society?
© National Holocaust Centre and Museum

This group identified strongly with the German nation and its culture. They considered themselves to be patriotic “German citizens of Jewish Faith”. Typically, they lived an assimilated lifestyle and most held liberal Jewish beliefs.

What was a Jewish German middle class childhood like in Germany around 1933? If you follow the outdoor adventures of Ruth and her older sister Hannah, what changed under Hitler in comparison to the Weimar years?
© National Holocaust Centre and Museum

In contrast to this group there were about 100,000 Jewish immigrants from Poland and Russia without German citizenship. Most of them worked in crafts and industries and held orthodox religious convictions. 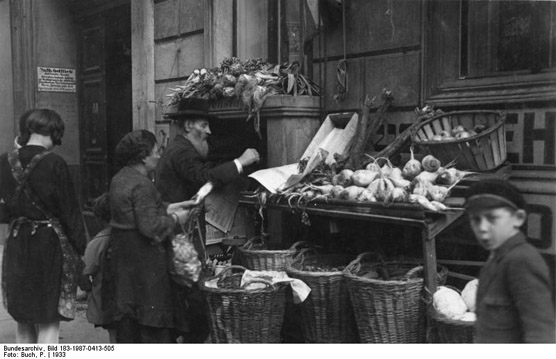 Take a look at this picture of Berlin – a transit city at the heart of the German Empire. Berlin was a meeting point of Jewish migrants fleeing from the Pogroms in Russia and Poland who were en route to the New World. Frequently, they were not recognised as a citizen of any country. Consequently, many were waiting for a visa to continue their journey. What does the image say about their life in Berlin Scheunenviertel, the barn quarter, where most of them lived?
Credit: Bundesarchiv, Bild 183-1987-0413-505 / P. Buch / CC-BY-SA 3.0

Since the beginning of the 20th Century there was an increasing number of Jewish people who considered Judaism to be more about cultural heritage than a religion to be practised in their day-to-day lives. All in all, religious indifference was growing stronger in the Jewish community than in other social groups.

In the political sphere, Jewish people across all groups debated whether Judaism was solely a religion or beyond that a nationality too. Zionism was not strong in Germany, but grew in importance after Hitler came to power. 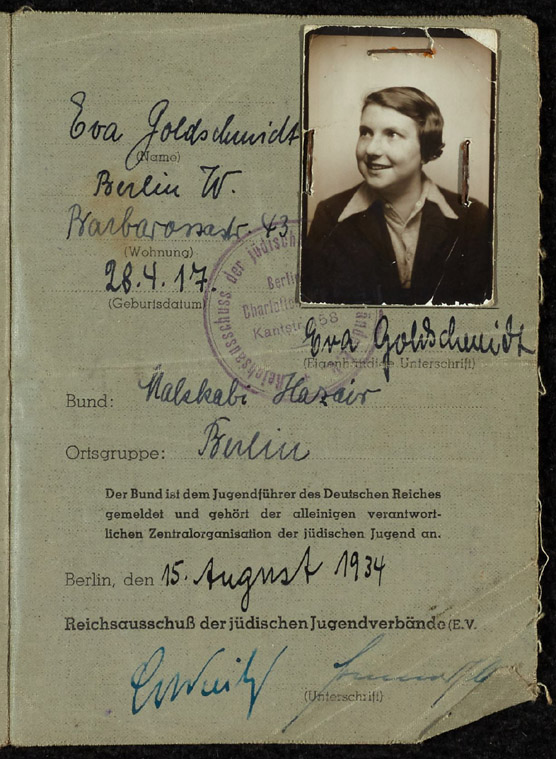 Eva Goldschidt embodies the ideal of the “chaluz”, a young adult ready to build a Jewish state in Palestine. The Maccabi Hatzair sports clubs sought to promote Jewish identity in reaction to growing antisemitism. About 50% of the Jewish youth belonged to a club, usually a Jewish one since antisemitism excluded them from joining others.
© National Holocaust Centre and Museum

While there were close contacts between Jewish and non-Jewish Germans in public life,  some distance had always remained in private live.

Five-year-old Bernard Grunberg stands in his parent’s garden in rural Lingen. Though antisemitism caused a divide in the adult world, children quite easily bridged the gap before 1933. What made the Grunberg’s backyard the ideal football pitch in 1928?
© National Holocaust Centre and Museum